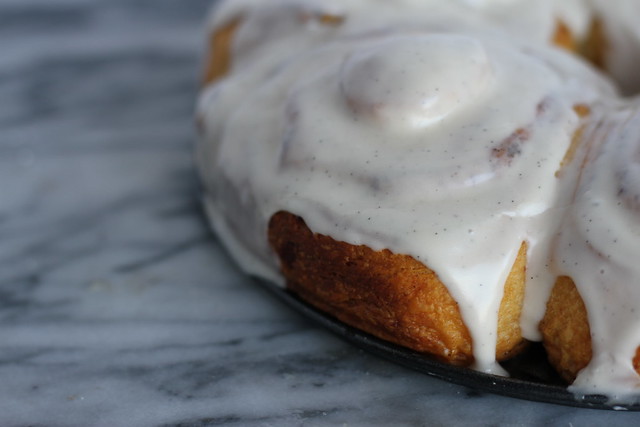 Here we are! Day thirteen! We’re almost there. and today we have another easy almost homemade recipe. Eventually we want to take a stab at fully homemade cinnamon rolls but until then, these will have to suffice.

I mean, is there anything better than bacon and warm cinnamon rolls? These two make a sweet and salty, deliciously warm combination that makes our mouths water just thinking about it.

You can use any brand of store bought cinnamon rolls but we highly recommended, if it’s available Pillsbury Maple Brown Sugar 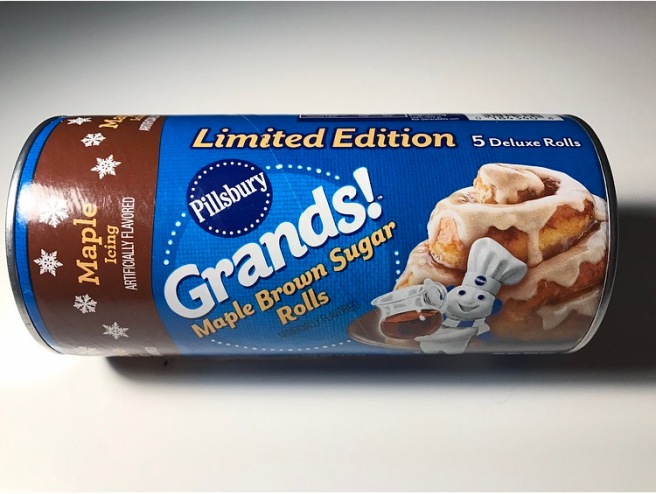 We actually have another recipe using these bad boys, but that’s not for a few more days. But until then, let our scrumptious bacon rolled cinnamon rolls tide you over. 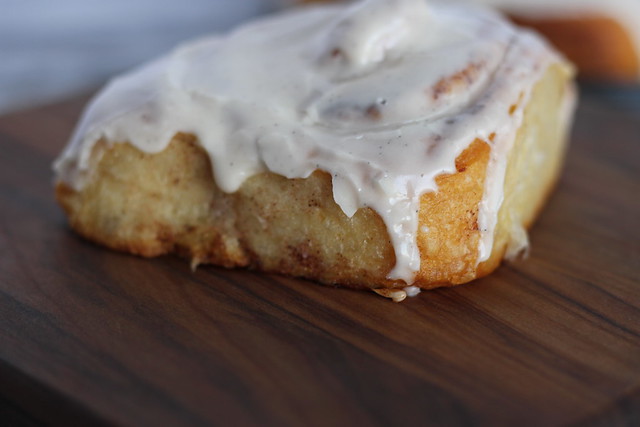 Step 2: Place sheet tray in oven and turn on to 400°F. Cook for 20 minutes. The bacon should be cooked, but still pliable. 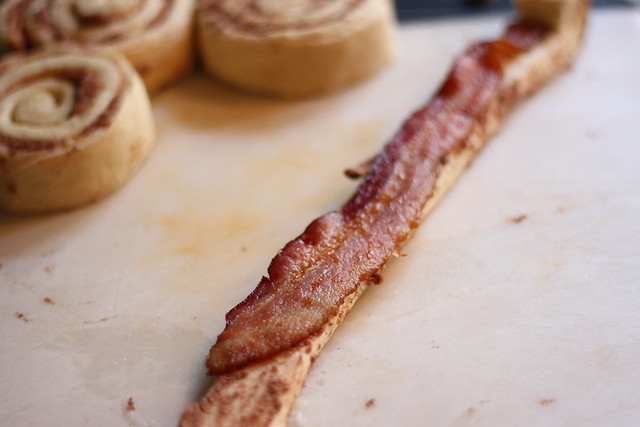 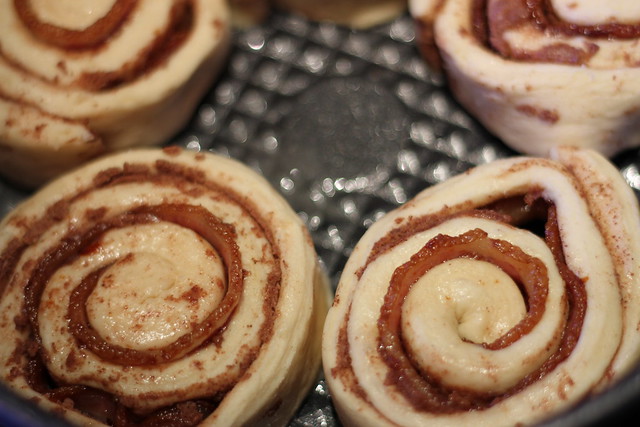 Step 5: Bake the cinnamon rolls according to their package. Usually about 20 minutes.

Step 6: While the cinnamon rolls are baking, make the glaze. Mix together the sour cream, ½ cup of powdered sugar, milk and maple extract. Combine and add powdered sugar as needed to create desired consistency.

Step 7: While the rolls are still warm, smother them with glaze. Enjoy. 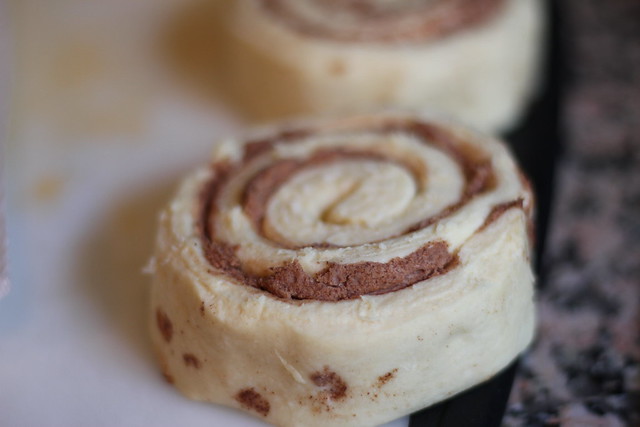 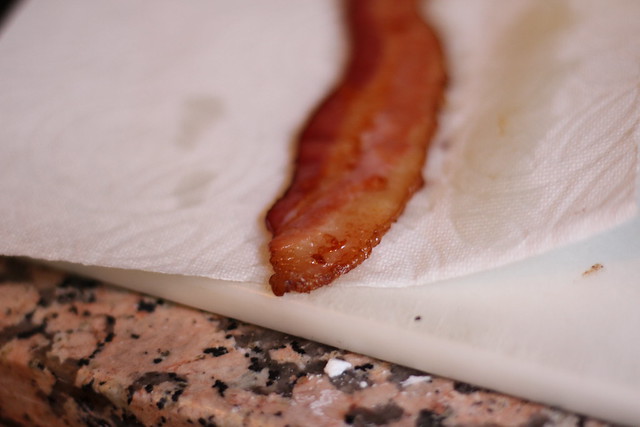 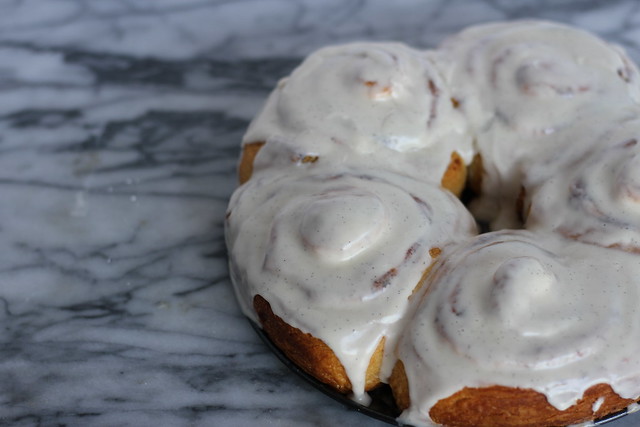 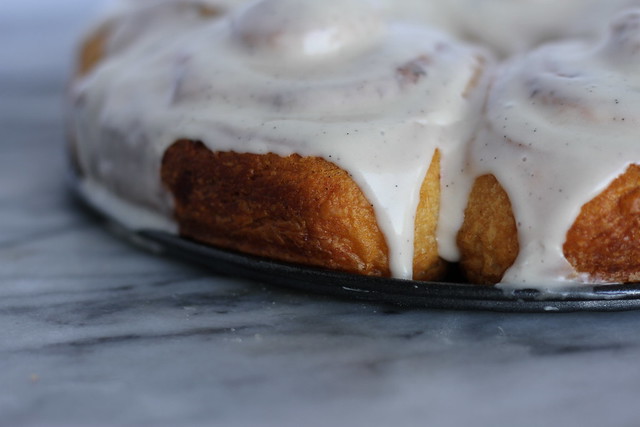 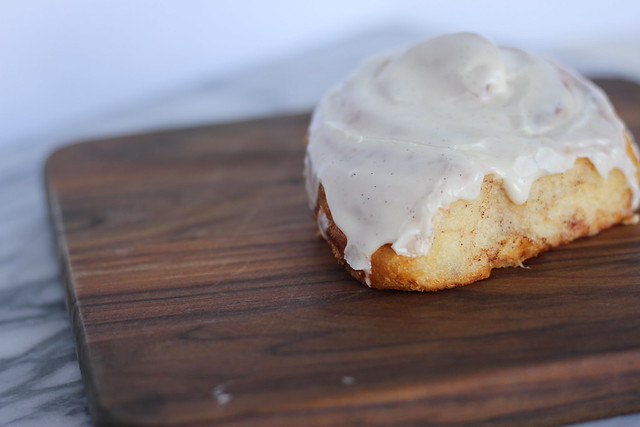 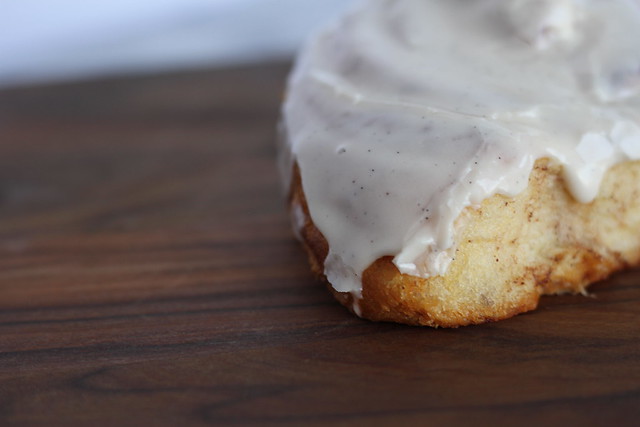 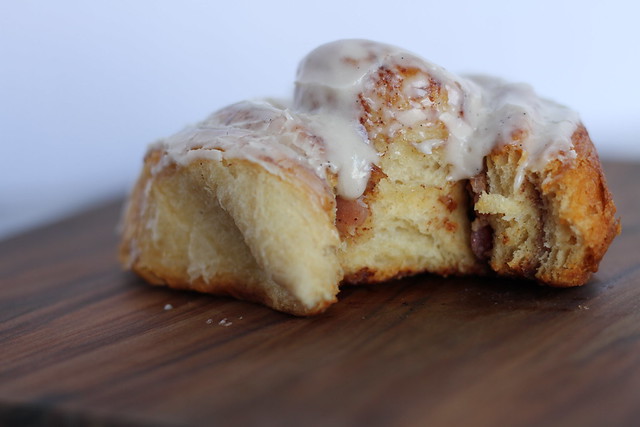