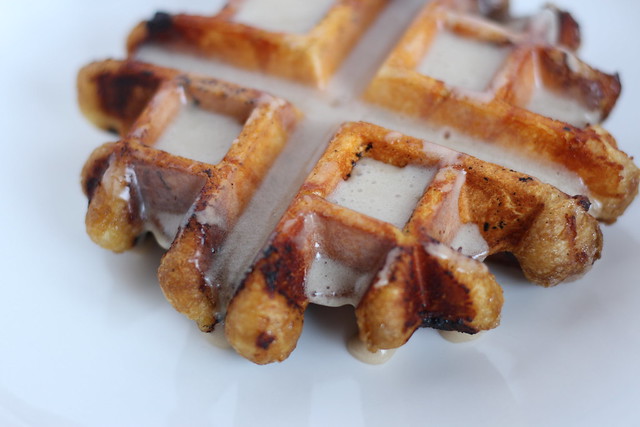 Are you craving a donut? Well, you probably are now! We had an extra tube of Cinnamon Rolls, specifically the Maple brown sugar kind, but didn’t want to wait like 20 minutes. The waffle iron was already out so we thought, go for it!

These literally take 3 minutes and are freaking delicious. Cinna-Waffle? Waffle-bun? Just put it in my mouth?! Just eat it. You’ll be so happy.

END_OF_DOCUMENT_TOKEN_TO_BE_REPLACED

You really have to watch these when you cook, because they brown really quickly and sometimes can brown before the inside is cooked. So make sure you watch the oil temperature and don’t let it get too hot! 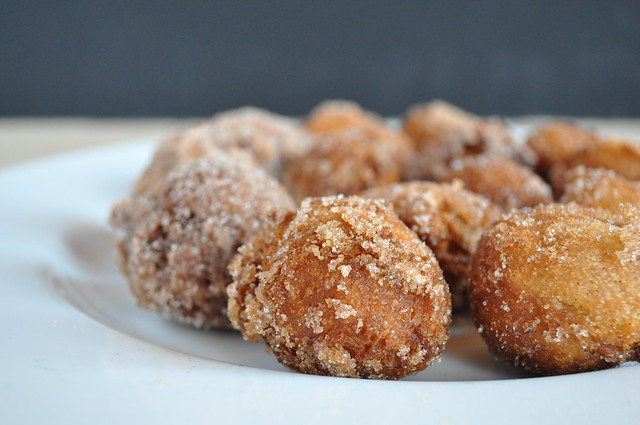 In a bowl mix together, the pancake mix, bakers sugar, vanilla, maple and milk until combined. In a separate medium sized bowl, mix the granulated sugar and cinnamon together and set aside.

In a heavy bottom pot, heat up the oil. You want to use enough oil to cover at least 1 inch.

Using an small ice cream scoop, drop the batter into the hot oil. Frying no more than 4 to 5 at a time. You want to fry them until golden brown, about 2 minutes. 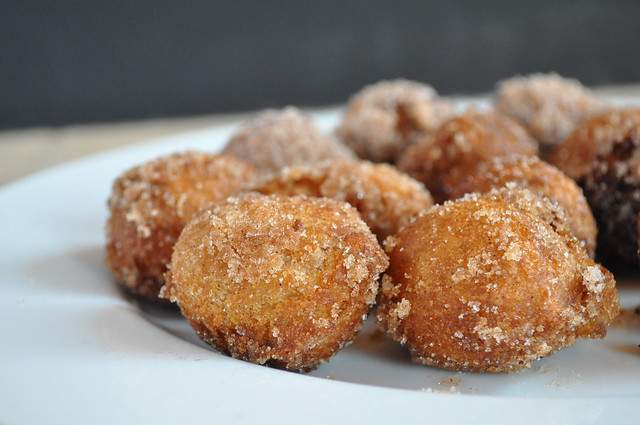 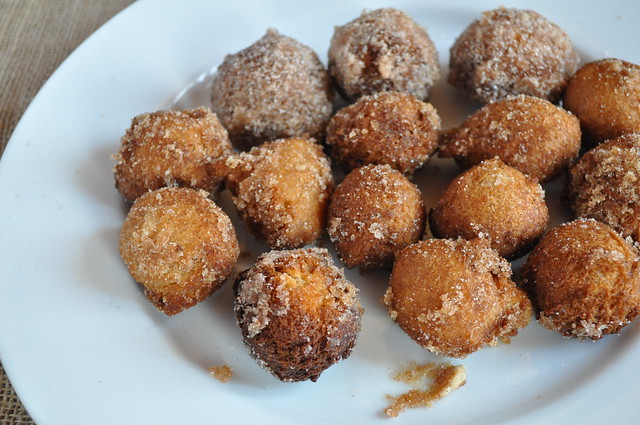 Here are some pictures of our favorite donuts. The last two photos are from our trip to Portland (Voodoo Donuts) and the first one is a fake Cronut (from Kettle Glazed).

A beautiful donut that has pastry cream, croissant inside, cinnamon sugar and chocolate drizzle. If you’re in Los Angeles, check out one of our favorites, Kettle Glazed. A little hole in the wall, with awesome donuts and a super friendly staff.

These two beauties are from Portland, Oregon from a beautiful shop called Voodoo Donut. If you haven’t heard of it, do yourself a favor and open a new tab, open youtube and search away.

This little dude is there signature donut. A perfect morsel filled with a raspberry filling and covered in chocolate glaze. SO. GOOD.

And this, this beauty. Bacon and maple. Need we say more? A pillowy cloud of goodness covered in a maple glaze topped with perfectly cooked bacon.

WE LOVE DONUTS! And as we write this, we are making donut holes in on honor of this special day!