We made it to beautiful Helena, Montana! We’ve decided for our drive home that we will make sure we don’t drive more than seven or so hours. After our Spokane to Edmonton drive, we realized as great as it is, we would rather enjoy the drive then wear ourselves down.

We left Calgary this morning and started our trek to Montana, but not before stopping at Dairy Queen for some soft serve. The past two times we went to Edmonton, all we wanted was a soft serve DQ chocolate dipped cone, and we FINALLY got one. Thankfully, we got one in Lethbridge, Alberta which was the last real town we passed through. 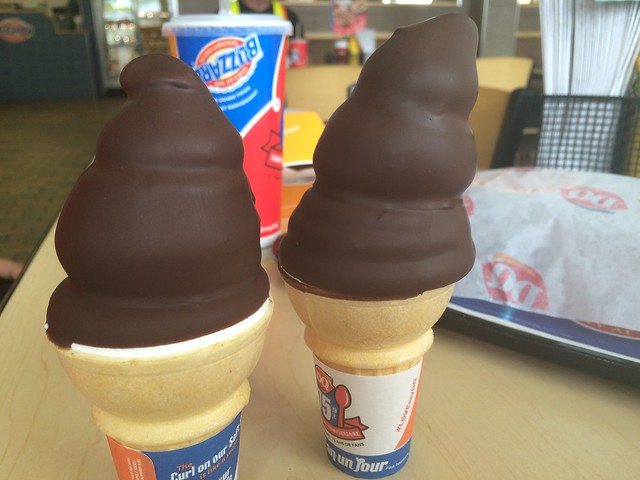 After we left Lethbridge, we headed South towards Montana. As we drove further and further South, we realized we were the ONLY car on the road, besides the occasional truck heading in the opposite direction. Almost two hours of driving, and it was just us and the open road. Totally picturesque! It actually started raining as we got closer to the boarder; the perfect day for a drive. 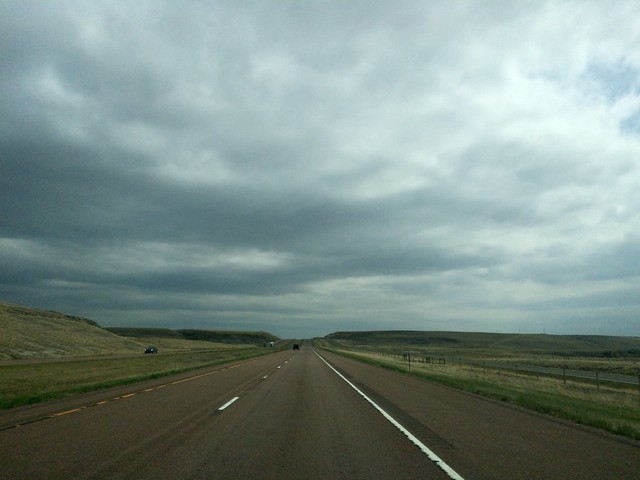 When we finally got to the boarder, we were so excited! We stopped inside the duty free store to buy Franny (Marlee’s mom) some more Coffee Crisps, and some other Canadian knick-knacks. Then we headed towards the boarder crossing. Thankfully there was only one car in front of us, and it took a total of ten minutes of waiting and talking to the border officer. We were so happy to be back in the United States! 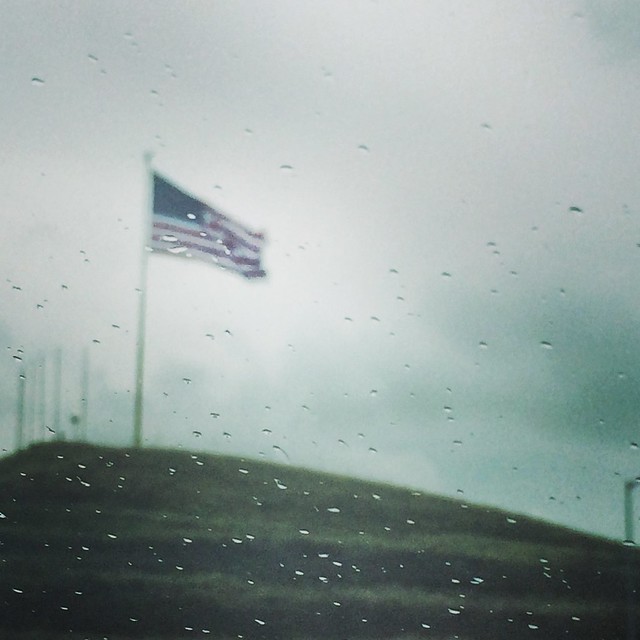 We weren’t sure what to expect because neither of us have ever been to Montana, but it was absolutely beautiful! The air was so clean and fresh. We stopped the car at a rest stop ( a really nice one) and walked around enjoying the air and the rain. The smell of fresh rain and pavement is oddly comforting.

Once in Montana, we were on the 15 South which is called the Lewis and Clark Trail. Kind of a cool freeway to drive on when you think of all the history. We actually stopped at a scenic overlook, and just took in all the nature. It was so silent, even with the random passing cars. It was wonderful! We were both blown away by how beautiful Montana is. Even in the car, we could’t stop saying how beautiful the scenery was. We think we’re still at a loss for words to truly describe it’s full beauty. We’re sorry if we’re redundant! 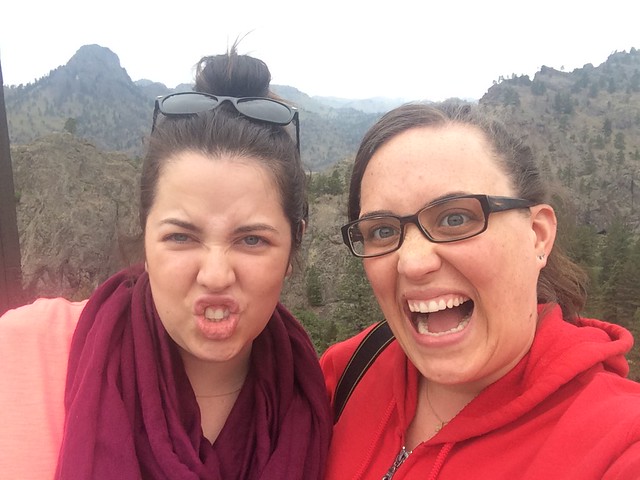 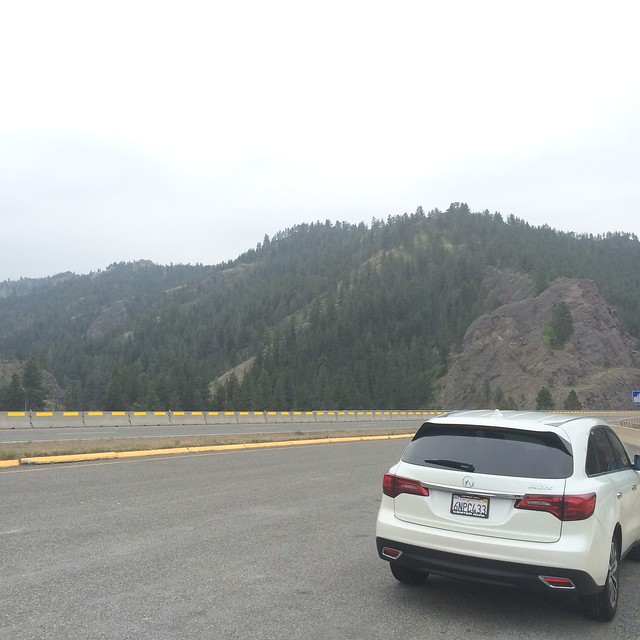 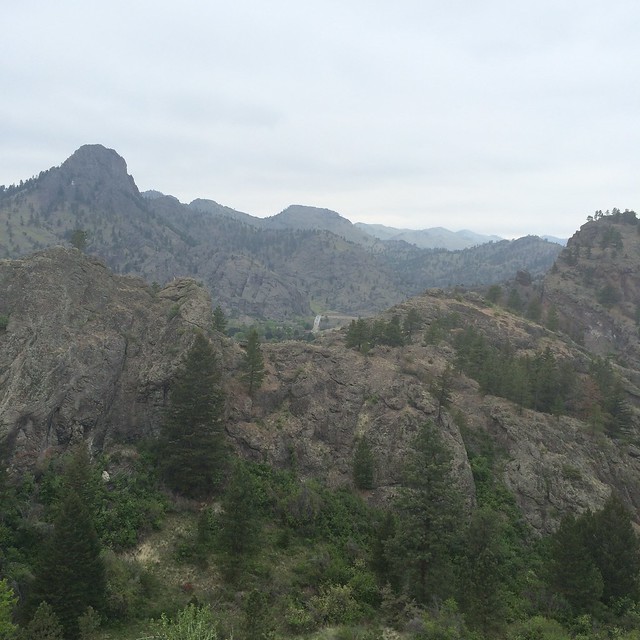 We spent quite a bit of time discussing whether or not this was a mesa, plateau, or a butte. We think it’s a plateau or a mesa, which actually are kind of the same thing. But butte is more fun to say…because it sounds like butt. Obviously, you can guess who added that. 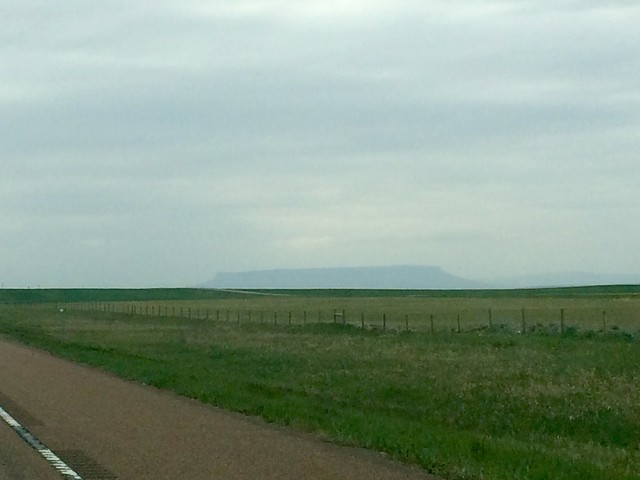 When we finally got to Helena we were so excited to see that right next to our hotel was a supermarket! We immediately checked in, and walked across the street to find dinner that wasn’t fast food.

As you can see, we were very happy to be in a market with real food. We walked up and down every single aisle. It was heaven. We can’t wait to get home and start cooking and prepping our web series for you guys! 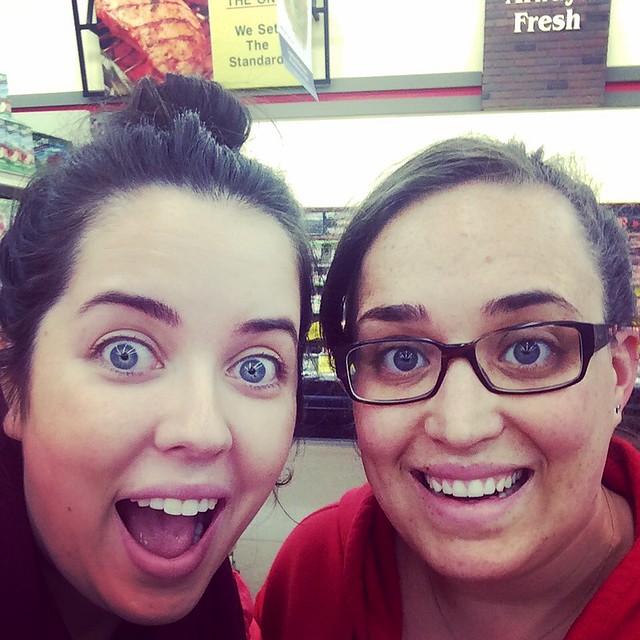