Banana pudding is considered a Southern staple, but apparently it was created in New York and adopted by the south! Bananas started becoming a star at fruit stands only after the Civil War, when goods were capable of being transported from the Caribbean and Central America much faster.

The first printed recipe of Banana Pudding was actually in the New England magazine, Good Housekeeping, and was compared to an English trifle. Like trifles, they originally used sponge cake, but in 1920 a more affordable option was used: Vanilla wafers, or as most know them as Nilla wafers.

So today we give you our Southern (California) Banana Pudding ICE CREAM! Yeah, you heard right, we made a dish that was already devilishly delicious into something truly diabolical! You feel compelled to have more and more, especially after some salty, savory, succulent BBQ food. It’s the perfect companion to anybody’s 4th of July BBQ extravaganza, so get started people! 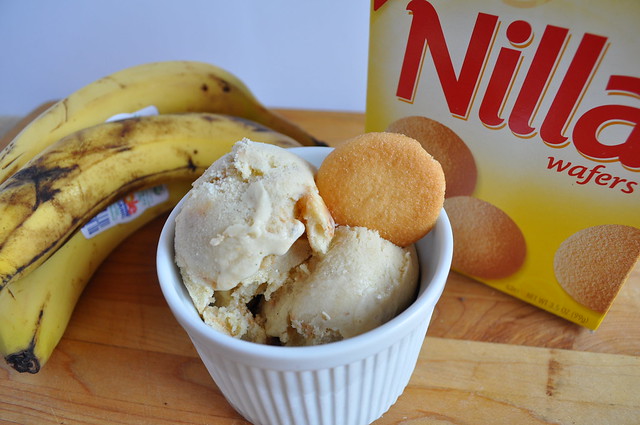 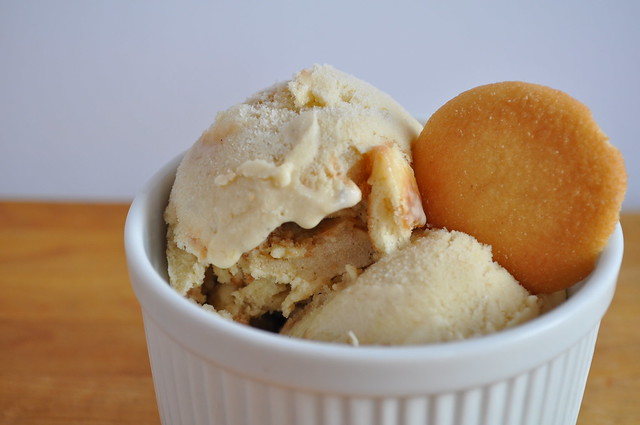 **If you don’t have Vanilla Bean Paste, extract can be used in its place.

In a saucepan, combine half and half, sugars, salt and vanilla; turn on the heat to medium-low and stir occasionally until the sugar is completely dissolved (about five minutes).

In a medium bowl, beat the eggs using an electric mixer until they are a pale yellow. We like to beat them until they achieve the “ribbon stage”.

When the sugar has dissolved, very slowly pour half of the cream and sugar mixture into the eggs; whisking constantly so the eggs don’t curdle. Transfer the egg mixture back to the sauce pan with remaining cream mixture.

At this point, mix in the heavy cream and the vanilla paste. Cook the mixture of a medium-low heat until the mixture thickens and is able to coat the back of a wooden spoon; about five to ten minutes.

While your base mixture is cooling, take your very ripe bananas (the darker the better) and mash them well. Set aside.

When the base mixture is cool, stir in the banana mixture and pour into your ice cream maker. Freeze according to the manufactures setting.

While the ice cream is freezing, gently crush your vanilla wafers. During the last five to minutes of the freezing process, mix in most of the wafer cookies. When the mixture is finished, transfer to a freezer safe container. Top with leftover crushed cookies. Freeze until firm and serve. 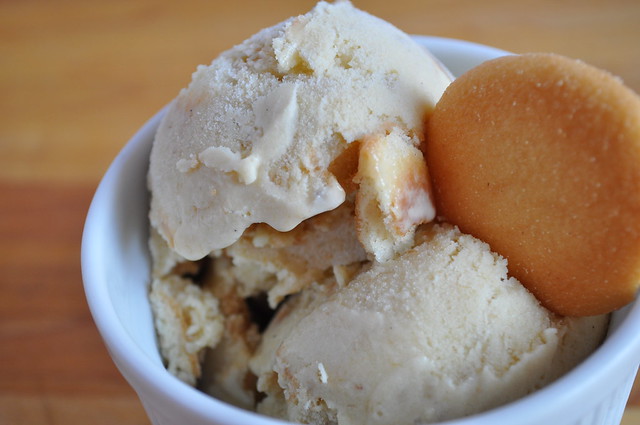